According to a recent story by Spiegel, be the end of this year we may be growing tomatoes on Mars. 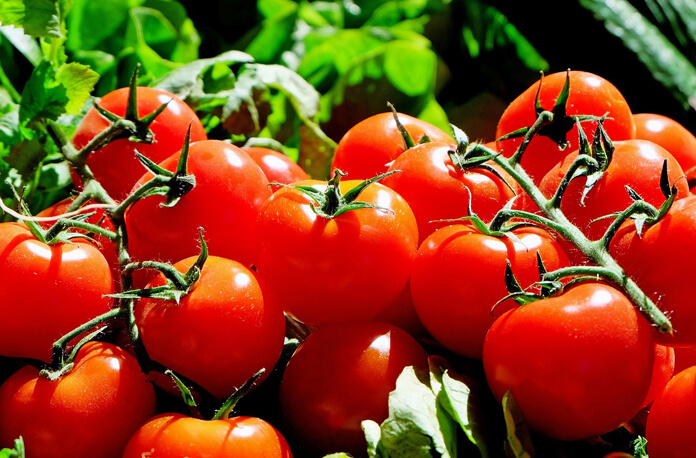 Today, supplies make regular trips to the International Space Station to ensure that the astronauts on board always have enough to eat. But now, as we continue to push our boundaries, what could happen if we travel much farther. For example, to Mars.

By the end of 2017, researchers are hoping to get a satellite for tomato breeding into space, says the German space center DLR. These scientists are looking to create a simulated greenhouse that can stay both on the moon and on Mars. This would then be used inside the astronaut’s settlements and the crew will have access to freshly grown fruits and vegetables.

The first test is the satellite named “Eu:CROPIS” – short for Euglena and Combined Regenerative Organic-food Production in Space. During its entire mission the spacecraft will rotate approximately at an altitude of 600 km around its own axis. It will produce the gravitational force of the moon for the first six months and then replication the gravity pull on Mars for the following six.

A holistic system of production

With limited resources, scientists also want to make the system of production as closed-circle as possible. 16 small cameras will monitor the germinating seeds. To provide the tiny cosmic tomatoes with everything they need to grow, a colony of microorganisms inside of a trickle filter will turn the synthetic urine into digestible fertilizer for the tomatoes. As well, a single cell organism euglena will also be present to protect the hermetic system from excessive ammonia and to deliver oxygen.

An LED light will be used to simulate the natural cycle of night and day. The plants will be required to adjust to the reduced gravity, which is about 1/6 of the earths on the moon and 1/3 on Mars. As well, a pressure tank will replicate the Earth’s atmosphere. In the end, the urine from astronauts will be used to provide energy for the plants. For the test runs, artificial urine is being used.

According to DLR biologist Jens Hauslage, the head of the scientific part of the mission: “Ultimately, we are simulating and testing greenhouses that could be assembled inside a lunar or Martian habitat to provide the crew with a local source of fresh food. The system would do this by managing the controlled conversion of waste into fertilizer.”

“In the lunar habitat, the greenhouse would be located inside the astronauts’ home in a simulated Earth atmosphere. Urine would be one of the waste products the astronauts would produce in abundance,” DLR writes on their website.

Control of the system right from home

Despite the extensive distance from Germany, the satellite will be completely monitored and controlled right from the DLR space center in Oberpfaffenhofen, near Munich. It will receive its trickle commands from the DLR control center in Cologne and the trickle filter will be operated by the DLR Institute of Aerospace Medicine and the Friedrich-Alexander-Universität of Erlangen-Nürnberg will contribute the euglena.