For a country that loves to tout its dedication to sustainability, Germany sure doesn’t make rail travel cheap.

Have you ever traveled within Germany? Comparing the price of a bus ticket with a rail ticket is actually laughable. Recently, I traveled from Hamburg to Dortmund and the bus was around €15, while the train started at around €50 per ticket. Yes, the train may be a bit more comfortable and shorter, but is it worth the price difference?

Despite Germany’s rail sector being liberalized in 1994, DB still more than dominates the market. They control a market-share of 99% of long-distance travel within Germany. The train company also carries roughly 5.5 million passengers daily.

Despite the huge number of daily passengers, the price point is still a significant barrier to many – especially young people and students or those within a lower income bracket.

Furthermore, DB has recently released their newest ICE model, which is said to be able to reach up to record speeds.

But one company is trying to changes that

A Berlin-based startup is trying to create a little competition for the German giant, hoping to entice passengers with lower fares and social seating options. Locomore is Germany’s first crowdfunded train. Just last week, they completed their maiden voyage from Stuttgart to Berlin, arriving 5 minutes ahead of schedule.

“We are offering a new service to compete with the car, the plane, the long-distance bus as well as Deutsche Bahn,” says Locomore founder Derek Ladewig. With just one ride per day, however, they are a long ways from being competition to DB, which offers around 700 rides per day throughout Germany.

Locomore’s train is a refurbished 1970s model. It’s journey was made possible through online donations that totaled more than €600,000 in the past year.

In addition to a lower price tag, Locomore plans to include a seating arrangement aptly named “Social Seating”. With this, passengers can choose their seat based on themed interests. For example, the train’s first trip included special cars for knitting, Christmas crafts, English speakers, startup networkers and board games. 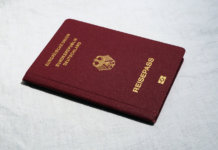