The adverse consequences of intensive farming are often swept under the rug.

The giant agro-companies that have a huge interest in keeping these dirty secrets, well, a secret, aren’t interested in letting consumers know that many of the meat consumed worldwide was raised in a concentrated animal feeding operation (CAFO) or that the intensive agricultural chemical use is proving to be incredibly damaging to our environment.

But when consumers take the chance to read into where their food really comes from and companies create a more transparent view of farm to fork, things really come into focus.

According to the report, there are 32,000 species of plants, animals and fungi native to Germany. One-third of these species are endangered, with intensive farming (at least) partly to blame. 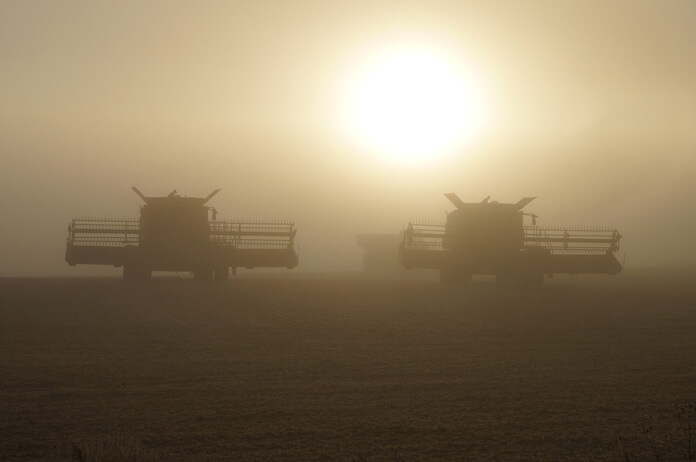 The “Living Plant Report” indicates that 5.6% of native German species have already died out. A few others are on the brink of extinction.

One of the species being threatened is the skylark. With intensive pesticide and herbicide use, the skylarks are losing their sources of food to the “sterile fields” of modern agriculture.

Intensive farming is widely practiced throughout the world. In terms of crops, one crop, for example maize, is grown on the same plot of land for multiple seasons – also referred to as monocultures. To maintain plant health, intensive inputs such as artificial fertilizers, pesticides, and herbicides and in some cases irrigation is required. While in traditional farming methods and organic agriculture, natural nutrient replacement such as crop rotation and manure fertilizer from livestock on the farm is used.

In Germany, one of the largest culprits for decreasing biodiversity and risk to native German species is the nitrogen used in artificial fertilizers. When an artificial fertilizer is applied to plants, they are not necessarily able to absorb all of the artificial nutrients (i.e. nitrogen). What is not absorbed is released into the soil, can run off into nearby ground or surface waters and is also causing significant pollution in German water bodies and the Baltic Sea.

But Germany isn’t the only place suffering…

Despite German agriculture taking up a large portion of the total available area in Germany, production cannot keep up with domestic demand. Instead, a massive amount of products are imported from other countries – also known as a “virtual importation of land”. In South America, for example, there is a huge cultivation of soya to feed livestock in Germany. Huge swatches of the rain forests are cut down to cultivate soy or to provide pastureland for cows.

For more information about this topic, and what you can do to help reduce our massive impact for food production, check out the WWF report here: English Version, German Version