Germany’s environmental protection agency – the Umweltbundesamt – has announced that they will serve no meat or fish at any future state events. Barbara Hendricks, minister of the environment made the announcement. 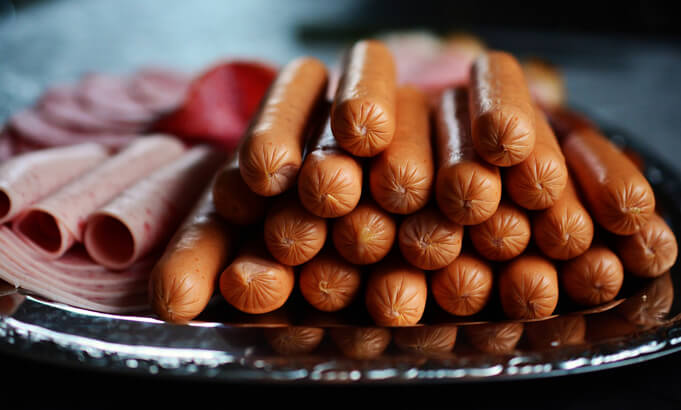 Meat’s burden on the environment

Hendricks stated the toll that meat production takes on the environment – especially in the case of livestock farming – was the motivation behind this decision by the environmental protection agency. In the case of rearing beef, for example, a study by the United Nations Food and Agricultural Organization (FAO) found that the “livestock sector generates more greenhouse gas emissions as measured in CO2 equivalent – 18 percent – than transport.”

Additionally, producing meat products, especially beef, requires significantly more agricultural land, water and energy than plant products. These are precious resources that need to be guarded for the future – and our current use is unsustainable.

This isn’t the first time the environmental protection agency has emphasized this point. In 2009, they advised Germans to return to prewar levels of eating meat. This is roughly 40 kilograms per year, in comparison to the near 90 kg eaten by the average German today. In this case, meat would only be eaten for special occasions. This is also aligned with the German Nutrition Society, who recommends eating roughly 30 kilograms of meat and fish per year. (This figure is an average, however).

“We must rethink our high meat consumption,” said then–environment minister Andreas Troge. “I recommend people return to the Sunday roast and to an orientation of their eating habits around those of Mediterranean countries.”

To convince a nation famous worldwide for its hundreds of varieties of sausages is not an easy feat. In the first place, it’s very difficult to get anyone – especially those with a critical opinion to buy into the idea of sustainability. How can we truly understand what impact our actions today will have on future generations?

Secondly, asking citizens to decrease their meat consumption is asking for a complete shift in habits. It’s completely possible, but only if the person can find a suitable alternative and truly believes in the reasoning behind the shift.

Unsurprisingly, the decision has been met with criticism

Minister of food and agriculture Christian Schmidt was unimpressed. “I’m not having this Veggie Day through the back door. I believe in diversity and freedom of choice, not nanny-statism and ideology. Instead of paternalism and ideology. Meat and fish are also part of a balanced diet,” say’s Schmidt. Schmidt also recently called on ban of naming meat substitute products names such as “vegetarian bratwurst” because they are “misleading to consumers”.

As well, critics say this announcement is hypocritical – since meat will still be served in the staff cafeteria. However, the environmental ministry is staying strong. “We’re not telling anyone what they should eat. But we want to set a good example for climate protection, because vegetarian food is more climate-friendly than meat and fish.”

And not only that, this announcement increases awareness of the impact of our excessive meat consumption on the environment – and hopefully may passively shift a few citizens towards a more plant based diet.