The carnival of Tepoztlán is a cultural highlight in Mexico. The small city at the foot of the mountain is a “pueblo magico”, or magic village two hours south from Mexico City. Normally, it’s quite calm here. Though, during the carnival season, this place transforms into a magnet for tourists from all over Mexico.

Everone tries to make a little bit of money with the sheer amount of tourists coming to their usually so calm village. In the background you can see the magic mountains of Tepoztlán. If you make it to the Top you will even find pyramids from back in the days. The Mayas left their heritage everywhere Mexico.

The mexicans are dancing through the streets, and the bands are supporting them with rythmic, and very loud music. Here, they don’t really dress up. There were only a few people with costumes and face masks.

Mexican life takes place outside. You eat, drink and talk until the sun goes down. Eating has become such an important part in mexican culture, that almost every stand sells something to eat.

As a foreigner, you will understand their passion for eating quickly. Mexicans love their food, because it is unbelievable delicious. Even though you might find yourself eating the same stuff all over again, it will still be surprisingly good.

Even the dough is made in front of your face. Everything is prepared as fresh as possible, which makes the eyes of a german go wide and big.

The only person who might not be satisfied with the food, is a vegetarian.

A few years ago Mexico has become the fattest nation on the planet. The eating habits of the mexicans made even their politicans act: last year they introduced an extra tax on softdrinks. And the frensh took the advice, they even forbid free refills of softdrinks.

Yes, it is still winter in Mexico. But still. 31 degrees can make you want to stay at home, and rather not go to a hot city full of people. A sombrero will give you at least a little bit of shadow!

Meet Jorge, and his dog Perrito. Too many people made this festival a very unpleasant experience for the dog. 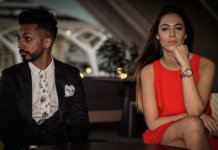 How a modern dating coach makes his living

What’s the future of the Beer Purity Law?