Yes, Germany may be the land of the wurst, but there are plenty of other dishes that may not seem so appetizing at first glance. Here’s a list of some of the strangest German foods that you’ll love to hate (or maybe hate to love?) 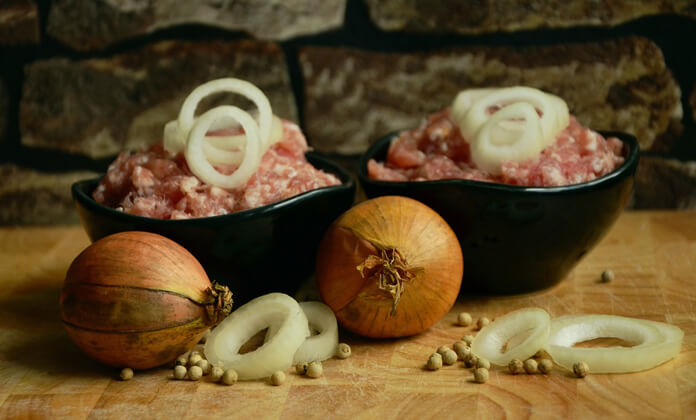 To be honest, the first time I saw mett behind the glass at the deli counter I was confused. That needs to be cooked, right? Mett is essentially raw ground pork. And while you may expect to use it to make patties, Germans eat it in it’s purest form – cold and a little bit wet with some onions and mustard – mmmm! In all honesty, it’s pretty delicious, though it may take a little while to get used to.

Known as Heringssalat in Germany, this dish doesn’t exactly have the appearance you’d expect. Herring is a common ingredient in many of the dishes in the Baltic region and served in many forms. In German foods, it takes on a pinkish chunky mayonnaise appearance (sounds delicious, right?). But the color comes from a mix of herring, beetroot, gherkin and mayonnaise. 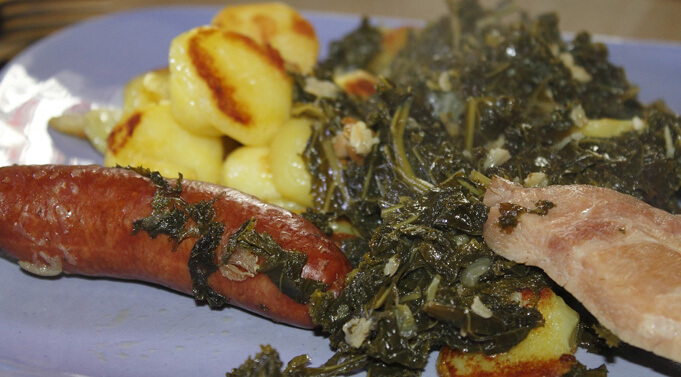 You know winter has arrived when grünkohl pops up on the menus. I can’t say that I ever found this dish strange or icky, but I know many people that have. It’s a hearty blend of kale that has been cut up, boiled and cooked with onions and typically bacon to make a savory dish that’s much more of a main dish than a side. Expect to see it with a side of sausage for the perfect north German foods combination.

Let’s put it this way: schmalz will make you fat. That’s because it is fat. Literally, it’s animal fat that is often taken from pigs. It’s melted, mixed with onions and some other ingredients that will later harden together to form a spread. This is often used to add a little extra something to sandwiches 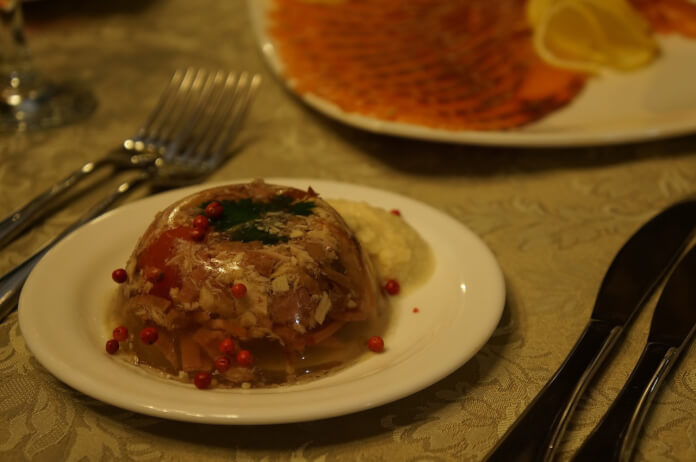 Another odd-looking food I encountered at the deli counter. Aspic is like meat and jelly mixed together to form the strangest looking cold cut you’ve ever seen. To make this, Germans fill a glass a metal jar with seasoned liquid jelly. They then add little pieces of fillings such as meat, fish or fruit, which is then refilled with jelly and left to harden completely. The taste isn’t really that strange, but the texture… oh the texture… 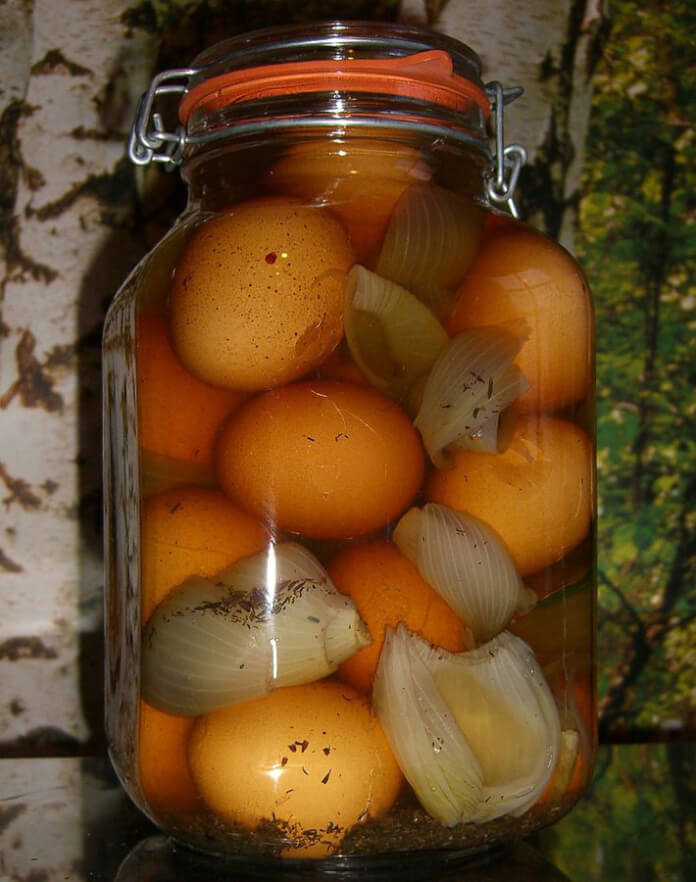 Pickling is part of the culture in Germany. It makes sense, of course. Before globalization and trade allowed us to have whatever food we wanted in any season, Germans were left to eat what grew in the local area. And in the winter, that isn’t much. So pickled cucumbers, cauliflower, carrots and so on became a common food throughout the country. And apparently eggs are no exception.