Water. Wind. These two powerful elements haven’t had the chance to work together to harness renewable energy before. But that’s all about to change.

General Electric’s (GE) renewable energy branch has announced it has partnered with German construction company Max Bögl to implement the first ever wind turbine with an integrated hydropower plant capable of producing energy even when the wind isn’t blowing. 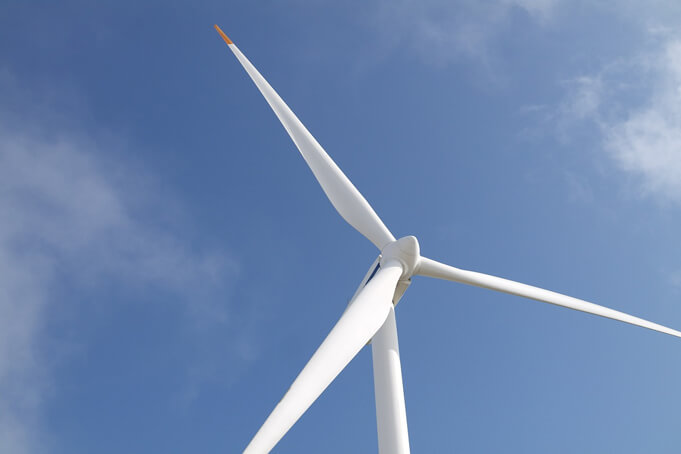 A feat on many levels!

The first thing you’ll notice about the towers is they are massive – a record breaking 246 meters in fact. They are also the first to able to utilize hydropower to supplement energy supply when the wind simply won’t blow.

How does it work?

The total project – called “Gaildorf” – will include four towers spread across a hilltop in Germany’s Swabian-Franconian forest. At the base of each wind turbine will be a water reservoir that can hold just over 6 million liters of water. Each tower is connect to a channel that takes water down a valley which ends at a 16-megawatt pump/generator hydropower plant. This site will also include another reservoir that can hold an additional 34 million liters of water for storage.

The simple description of how it works (according to GE) is:

“The big idea here is that the wind will generate electricity when it’s, well, windy, and the water will act as a giant battery that will discharge and modulate output when it stops blowing.

Once of the biggest drawbacks of wind energy is that excess energy cannot be stored (it’s too expensive to be viable) when the winds are high. On the other hand, when there’s no wind, there’s no power being generated. By integrating the potential to supplement the energy generation with hydropower, the project aims to balance out the surpluses and times when the wind simply won’t blow.

All part of Germany’s energiewende

The projection is to connect each wind turbine to grid power by 2017, with the hydropower units completed by 2018. This fits very nicely into the Germany’s goal of sourcing 45% of energy from renewables by 2030. Currently they comprise about 33% of total power generation. If successful, this project could mean a big step forward to renewable energy and could be adapted to other areas of the world.

A dose of healthy skepticism should be taken, however, as Germany has recently hit delays in integrating climate change plans ahead of the upcoming UN conference in Marrakesh.