Attacks on Germany’s public transport have been increasing recently, leaving citizens feeling more wary and train employees vulnerable. In the first half of this year, more than 1,100 Deutsche Bahn (DB) employees were victims of some type of assault—from verbal cursing, to spitting and even life threatening attacks. 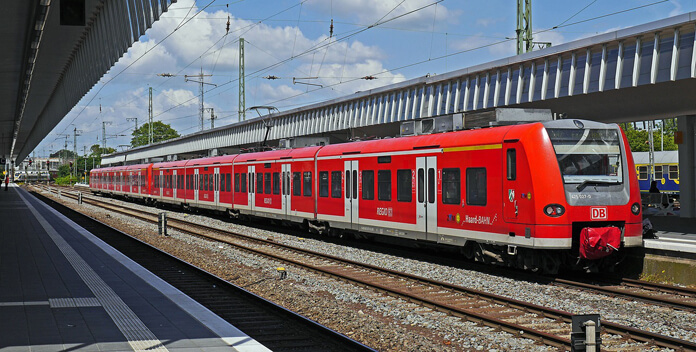 Unlike many other public service jobs, transport employees or constantly on the go—literally. They don’t have the benefit of one common entrance where visitors are scanned, or the presence of security to aid in case of an attack. Instead, transport employees are essentially working with a Rolodex of passengers getting on and off at hundreds of stops throughout the day.

Deutsche Bahn says they plan to up their security efforts for employees, arming train attendants with alarm devices and pepper spray. They are also in the process of deciding if trained employees will also have a truncheon (otherwise known as a “nightstick”) at their disposal, to be used only as a last resort.

Employees that are regularly in contact with customers, such as ticket checkers, are also planning to partake in basic training methods such as de-escalation and self-defense including special fitness and martial arts.

Additionally, they plan to buff up security personal by more than 500 people throughout the country who would partake in regular patrols with guard dogs.

Using technology as another form of protection

In addition to training and potentially “arming” train employees, the national railway service says they plan to integrate more video technology that would be able to sense abandoned luggage, people trespassing on train tracks and even pick-pockets.

Furthermore, they plan to experiment with the use of “Bodycams” located on the employees themselves.

“First experiences have shown that there are much less attacks as soon as the perpetrator realizes that he is being recorded and that he has to watch his own actions on the mini-monitor,” says Hans-Hilmar Rischke, head of security for Deutsche Bahn.

Shortly, some of the more than 3,700 security guards will begin wearing cameras with small monitors depicting a live feed. The staff wearing these cameras will also let customers know by having “video surveillance” written on their uniform.

The use of bodycams elsewhere in the world

Police officers using bodycams has become more popular in the U.S. In part, this was in response to questions of racially biased police brutality, especially against African Americans. To date, nearly 75 police departments throughout the U.S. have adopted cameras worn on the body or are in the pilot phase of the development. In Germany, however, the reason behind the cameras seems to be the exact opposite. Police officers are testing the idea of utilizing these cameras, but in response to more frequent attacks on civil servants.